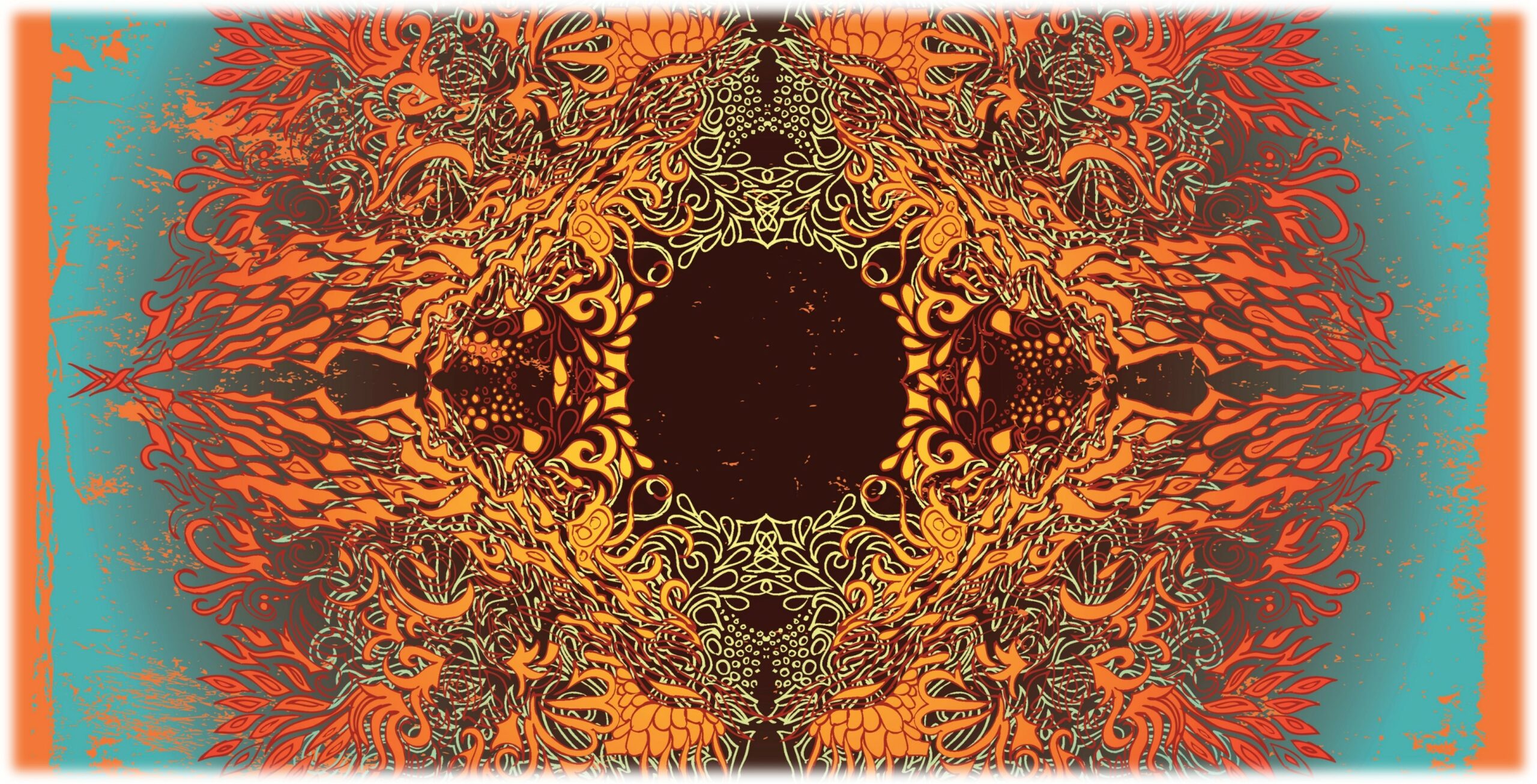 Classically, one of the ways you know that a paradigm of existence is over is when all of the solutions that have worked before are no longer solving the problems at hand.

When you are at the beginning of a paradigm, or an era of existence, new ideas, potentials, inventions, realities come alive and everything feels quite hopeful. Endless discoveries are being made and there is a general sense of forward momentum. Conversely, at the end of something, the opposite emerges. There’s pessimism, frustration, longing for an idealized past and even despair. Nothing is really new and there’s a general sense of inertia, if not disintegration.

At a macro level, the same is true for the end of a civilization, or even paradigms of existence.

We are living in one of those end times when the world and humanity as we have known it for many thousands of years is ending. The good news is that evolution (the source of existence) isn’t done with us yet. There is an emerging paradigm that we can discover together and give life to.

As a caring, awake human being, I’m sure you want to participate meaningfully in the positive future for existence and humanity that is now available.

For the most part, we aren’t sure how to do that. Descending into existential despair or devolving into a more primitive expression of humanity isn’t the answer. Various fixes from before such as meditation and donating to our preferred political party seem less effective than they used to be. None of it has the feeling of being THE answer. 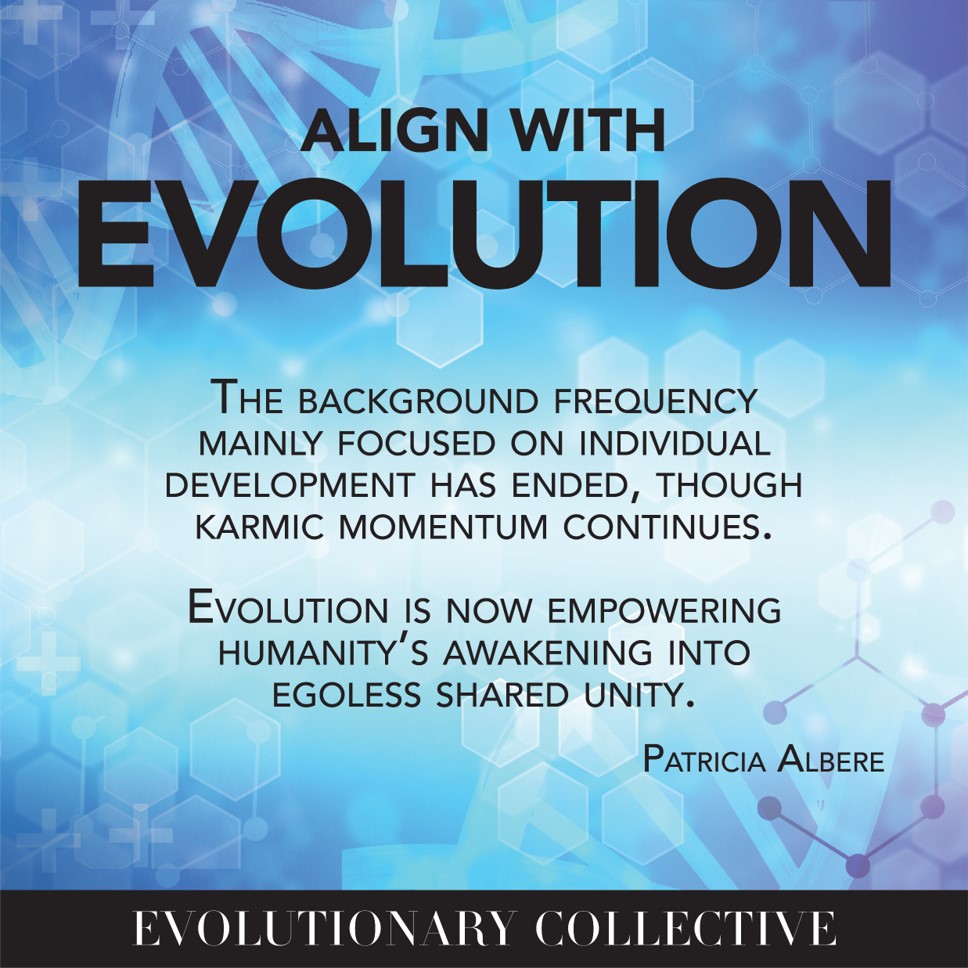 I could feel 15+ years ago that something was ending. As a spiritual teacher it seemed that doing more individual work on our awakening and having fulfilled lives wasn’t going to take us into the future. Something was missing.

The work of the Evolutionary Collective started at that point, quite choicelessly.  It was not anything I thought I would be doing at that stage in my life and teaching.

We began by coming together in communion, to discover the potentials of egoless, shared unity. It was the only vehicle that could receive a different order of consciousness. From there, something else became more possible.

Because I had been inside a sustained experience of a shared unitive awakening with another person for four years, I knew that our collective experiment of shared unity was not only possible, but real. I knew that we could literally exist in a new way with other humans where we lived within the same reality, being sourced from an entirely different sense of self. 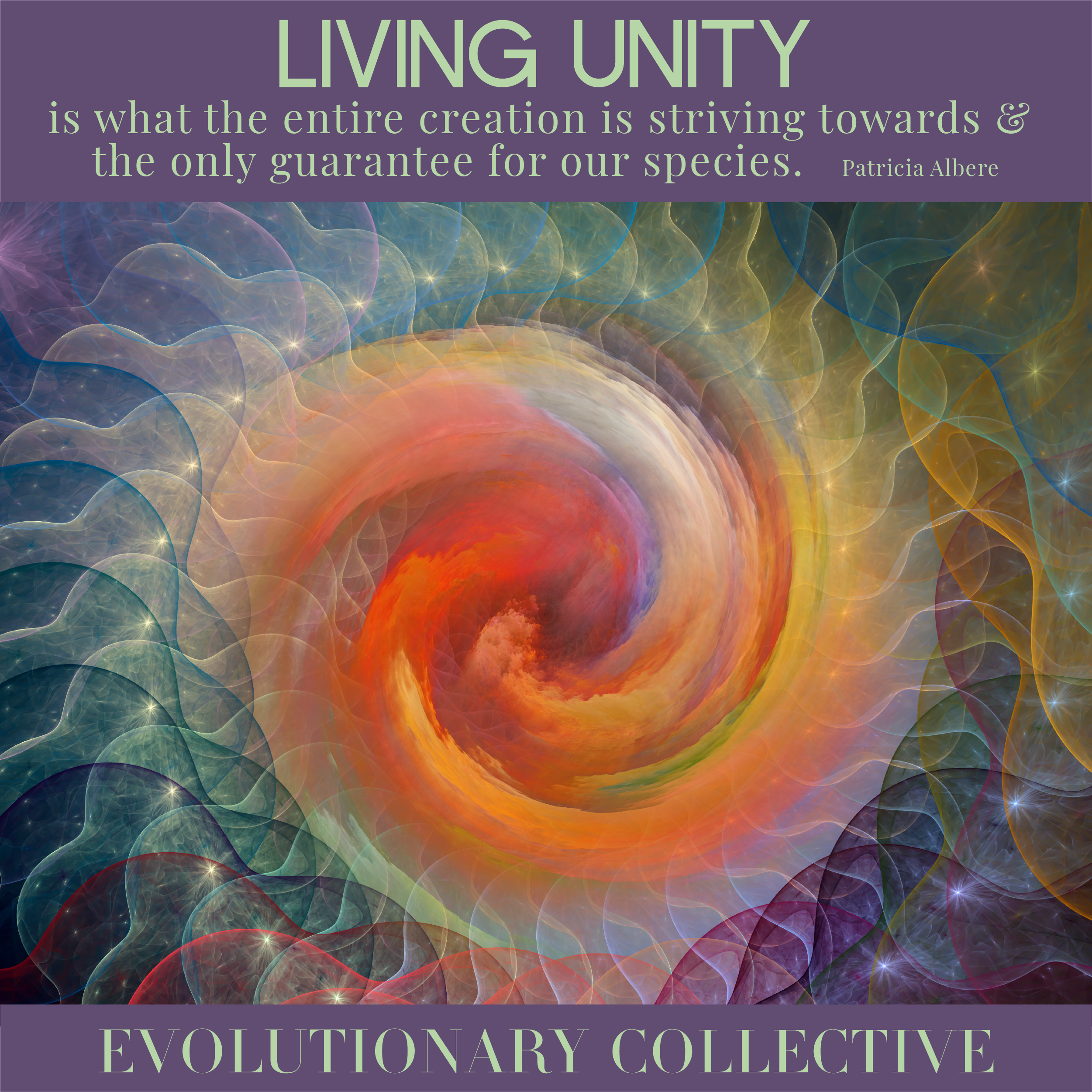 How do we enter into this oneness that literally could be a higher level of development for humanity?

In the Evolutionary Collective we have been experimenting and slipping inside this reality of living unity for over fourteen years. It’s definitely real. You can feel the future literally pouring through our experience. It’s not just that we feel good. Or that we’re momentarily experiencing love or connection. There’s actually something that’s coming into existence through us, as us, with us. We can feel the future coming into form. That unitive fabric of existence changes everything. It changes our sense of self and the way we function.

There are iterations within this shared unity, I call them thresholds of unity, that are really exciting to know about. If you’re interested in discovering what this kind of alignment is, we actually have an answer. To use a computer term, we’ve “hacked” into direct, reliable access to this shared unity that has the receptors for where the future is trying to bring existence.

I’ll be sharing more on all of this and how you can participate soon. Until then…

2022: The Heretical Call of the Future

How being EVERMET is possible.

The difference between understanding or actually accessing the 9th Wave . . .