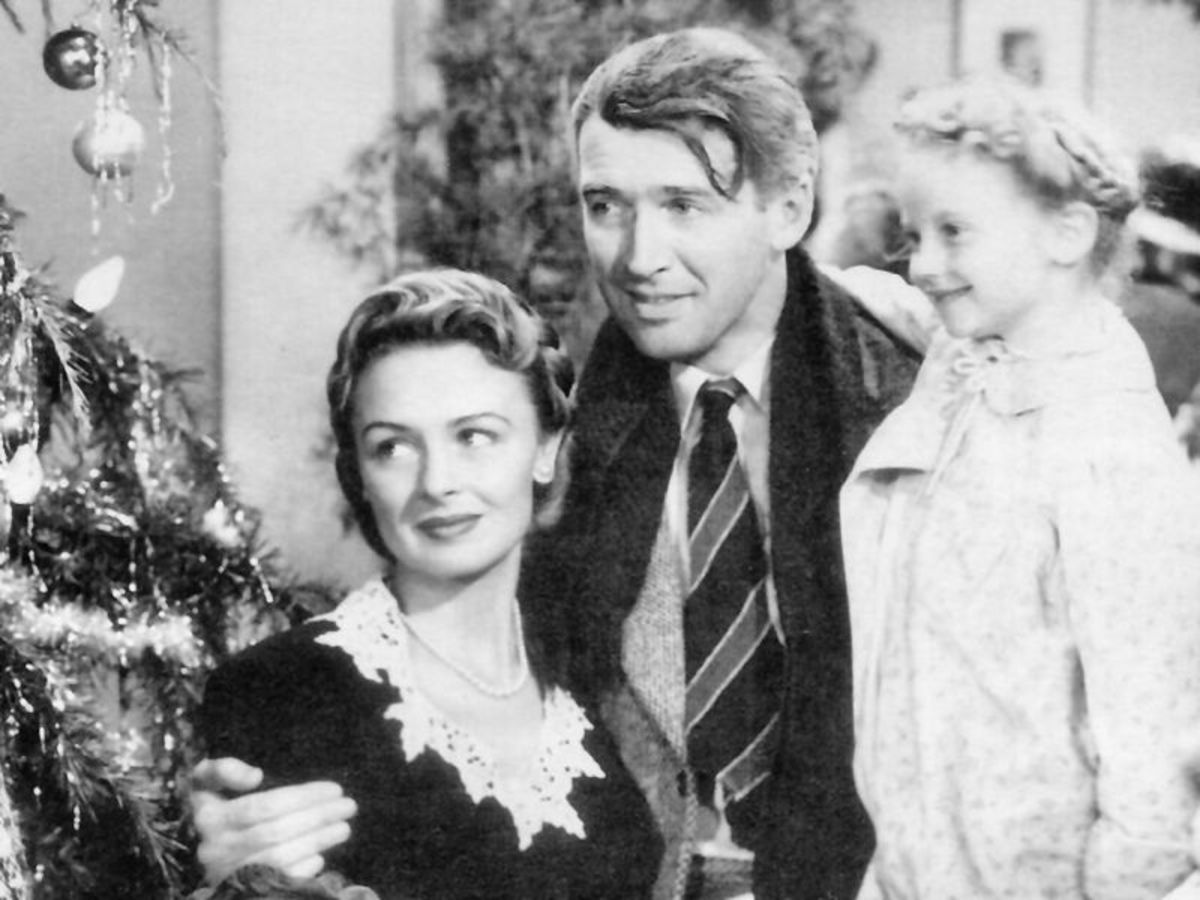 As a kid born in 1950’s, I had strange tastes in entertainment. As a very young child I much preferred Liberace with all his glitter, sparkle and classical music to the soothing, simplicity of dear Mr. Rogers. When I imagined what I wanted to be when I grew up, it was Shirley Temple with her charm and chutzpah. She could slide into the hearts of the powerful and inspire them to love and use their influence for good. Later Pollyanna appeared to inspire my eight year old heart. She singlehandedly uplifted an entire town with her optimism and ability to be unreasonably ‘glad’ about everything.

In grade school, I was rarely sick, but when I was, it was my joy to watch Million Dollar Movie and feel the inspiration of the movies from the 1930’s and 1940’s. My favorite movies were created and directed by Frank Capra (It Happened One Night, Mr. Smith Goes to Washington, Mr. Deeds Goes to Town, You Can’t Take it With You, and the Christmas classic, It’s a Wonderful Life). 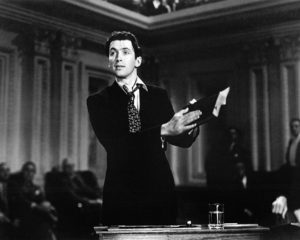 I didn’t realize until I met Werner Erhard in 1970 (founder of est and the Landmark Forum) that my calling had been clear early on. My destiny had to do with inspiration and the upliftment of life. Instead of becoming an artist, I began my journey as a teacher fives decades ago with Werner. In 1978, when we were training seminar leaders I decided to show It’s a Wonderful Life to everyone.  There were two hundred seminar leaders committed to the transformation of life. I wrote to Frank Capra to share with him what his films meant to me and a bit about what we were doing. This is the letter he kindly wrote back.

Thank you for your gracious letter of 3 January, in which you write about your hopes and your commitments to an idea you call est.

At least you are not trying to bamboozle your fellow human beings with that “happiness” junk. You’re digging deeper into their souls, into those dramatic moments when they are faced with decisions – which are the very core of great plays.

I congratulate you and cheer you for your fight against fear.

A few years later I read Capra’s autobiography, THE NAME ABOVE THE TITLE.  His life was a ‘Capra’ movie. Here’s a fascinating excerpt that I’ve read many times. 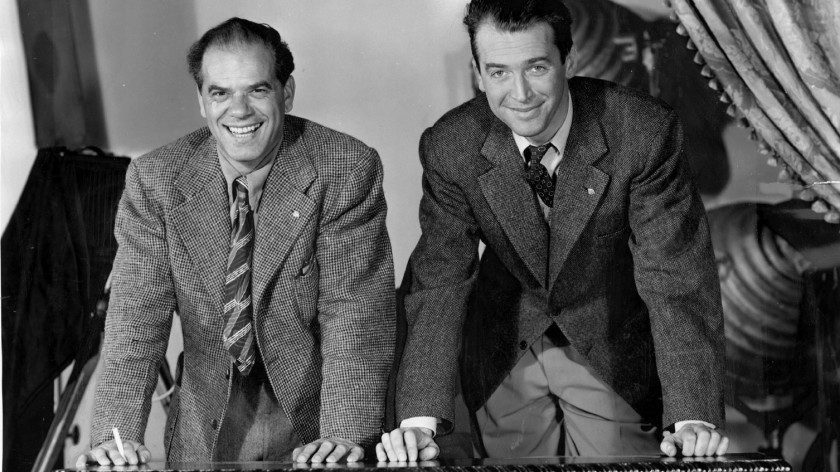 All roads from Everest led downward. As overnight Mr. Bigs discovered, success creates its own challenges – subtle, powerful, soul testing inner challenges that measure a man for what he is, not for his medals. I had licked poverty and ridicule; I had yet to lick a bigger enemy: myself. Externally, I accepted the laurels with a show of grace. But inwardly, I had become a pillar of Jell-O; haunted by fear that my next picture would fail. In short, I made the major leagues – and choked up.

Show business is brutal to has-beens. Those pushed off the top are rolled into the valley of oblivion; often into degradation. I saw it all around me: D.W. Griffith – a forgotten man; Mack Sennett – walking unnoticed in the city he once ruled as the King of Comedy; old stars pleading for jobs as extras; champ fighters reduced to stumble bums. Cheers on the way up, piranha bites on the way down. That was not for me. Quit while you’re ahead.

But, how? I had a contract for two pictures a year with Columbia. They sold their whole program of low budget films on the strength of 2 Capra films. I had to hit a home run every time I came to bat to keep them out of the cellar.

Then it came to me – a brilliant out!  Burnish my halo with martyrdom – get sick!

Eventually………  The plot was working beautifully. I was such a good director I could even make the thermometer do what I wanted.

My malingering had maligned on me. I had talked myself into a disease that baffled the experts. It figured. Being an extraordinary person it was fitting that I die from an extraordinary ailment. Maybe the gods plan it that way for their favorite sons. My imaginings rose with the fevers. Look at Valentino, Keats, Joyce Kilmer, Alexander the Great – they died young; not steady flames that slowly burned brighter when fueled with wisdom of age – no.  They were meteors that flashed through life and left their auric afterglow; Live it all in one bright flash. Dramatic. Heroic. Prudent. Meet St. Peter while you’re the champ.

About the 10th day, when I was fading fast, Max came in early in the morning to tell me there was a gentleman in the library to see me.

Max and his wife were dear friends – but they were both Christian Scientists and I kidded the pants off Max about it.

“Max, if it’s one of your voodoo guys, throw him out, will you?”

“Frank, he’s just a nice gentleman.  See him for one minute just for my sake.”

“He’s just across the hall in the library.  Get up.”

Max helped me out of bed, put a robe on me and pushed me toward the door.

I was so mad I could spit. But I was also intrigued about a voodoo treatment. I made it across the hall and into the library. A little man rose from a chair; completely bald, wearing thick glasses – as faceless a man as you will ever see. There were no introductions. He simply said: “Please sit down, sir.”

I sat down, weak as a cat, and just as curious. The little man sat opposite and quietly said: “Mr. Capra, you’re a coward.”

“A coward, sir. But infinitely sadder – you are an offense to God. You hear that man in there?” Max had turned on the radio in my room. Hitler’s raspy voice came shrieking out of it. “That evil man is desperately trying to poison the world with hate. How many can he talk to? Fifteen million – twenty million? And for how long – twenty minutes? You, sir, you can talk to hundreds of millions, for two hours – and in the dark. The talents you have, Mr. Capra, are not your own, not self acquired. God gave you those talents; they are His gifts to you, to use for His purpose. And when you don’t use the gifts God blessed you with – you are an offense to God – and to humanity.  Good day, sir.”

The little faceless man walked out of the room and down the stairs. In less than thirty seconds he had ripped me open with the truth: exposed the fetid pus of my vanities.

I don’t know how long I sat there, fighting back hot tears of shame before I angrily stormed back into my room on rubbery legs.

Searching for underwear in my dressing room, I saw myself in a tall mirror: a skinny old man.  I jumped on the scales: I had lost 34 pounds.

…….he left immediately with his wife – drove to Palm Springs and the fever stopped – he gained a pound a day and became miraculously well.