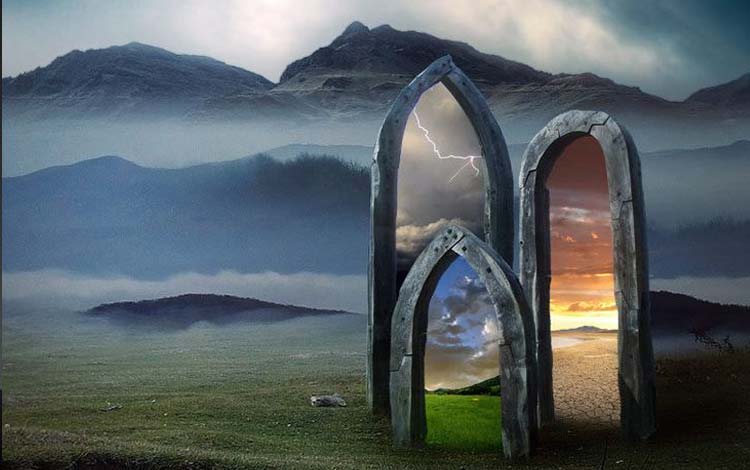 I first heard this story by Indries Shah during a Diamond Heart retreat, on a snowy day in heart of the Rocky Mountains. It has the power to stop the mind and cause us to open in new ways to receive the teaching inherent within it.  Please read it and I will share more after…

THE LAND OF THE TRUTH
“A certain man believed that the ordinary waking life, as people know it, could not possibly be complete. He sought the real Teacher of the Age. He read many books and joined many circles, and he heard the words and witnessed the deeds of one master after another. He carried out the commands and spiritual exercises which seemed to him to be most attractive. He became elated with some of his experiences. At other times he was confused; and he had no idea at all of what his stage was, or where and when his search might end.

This man was reviewing his behavior one day when he suddenly found himself near the house of a certain sage of high repute. In the garden of that house, he encountered Khidr, the secret guide who shows the way to truth. Khidr took him to a place where he saw people in great distress and woe, and he asked who they were. “We are those who did not follow real teachings, who were not true to our undertakings, who revered self-appointed teachers,” they said.

Then, the man was taken by Khidr to a place where everyone was attractive and full of joy. He asked who they were. “We are those who did not follow the real Signs of the Way,” they said. “But if you have ignored the Signs, how can you be happy?” asked the traveler. “Because we chose happiness instead of Truth,” said the people, “just as those who chose the self-appointed chose also misery.” “But is happiness not the ideal of man?” asked the man. “The goal of man is Truth. Truth is more than happiness. The man who has Truth can have whatever mood he wishes, or none,” they told him. “We have pretended that Truth is happiness, and happiness Truth, and people have believed us, therefore you, too, have until now imagined that happiness must be the same as Truth. But happiness makes you its prisoner, as does woe.”

Then the man found himself back in the garden with Khidr beside him. “I will grant you one desire,” said Khidr. “I wish to know why I have failed in my search and how I can succeed in it,” said the man. “You have all but wasted your life,” said Khidr, “because you have been a liar. Your lie has been in seeking personal gratification when you could have been seeking Truth.” “And yet I came to the point where I found you,” said the man, ” and that is something which happens to hardly anyone at all.” “And you met me,” said Khidr, “because you had sufficient sincerity to desire Truth for its own sake, just for an instant. It was that sincerity, in that single instant, which made me answer your call.” Now the man felt an overwhelming desire to find Truth, even if he lost himself. Khidr, however, was starting to walk away, and the man began to run after him. “You may not follow me,” said Khidr, “because I am returning to the ordinary world, the world of lies, for that is where I have to be, if I am to do my work.” And when the man looked around him again, he realized that he was no longer in the garden of the sage, but standing in the Land of Truth.”

It seems that in our post-modern journey of awakening and self-discovery we have found ourselves in the world where we have followed teachers and teachings that either weren’t rooted in the highest truths or we became seduced by the relief of bliss or success, spiritual or otherwise.  The courage and sincerity to want what is ‘real’ is what is necessary for this next stage of human evolution.

It’s been important to discover how to move our consciousness away from the more embedded dimensions of our instincts, our base drives for survival and self-centered interests.  We have learned many techniques to become happier and more awakened human beings.

As we liberate our minds, hearts and bodies to be present and available, then it’s necessary to let go of the practices that brought us there.  Higher dimensions of consciousness are waiting for us.  In my experience personally and in my work with mutual awakening, what is now, necessary, is to learn to align together with the truth, which is emergence itself – evolution itself…

The truth is endlessly taking us deeper and deeper into the mystery, which is unfathomable and never-ending.  As we fall into that rabbit hole together – existence transforms as we do.

2022: The Heretical Call of the Future

How being EVERMET is possible.

The difference between understanding or actually accessing the 9th Wave . . .